Indian Pharmacist Association Secretary General Bhupendra Kumar has urged in his appeal to the Minister of Health and Family Welfare to close down the online pharmacies in lieu that they are selling fake medicines. 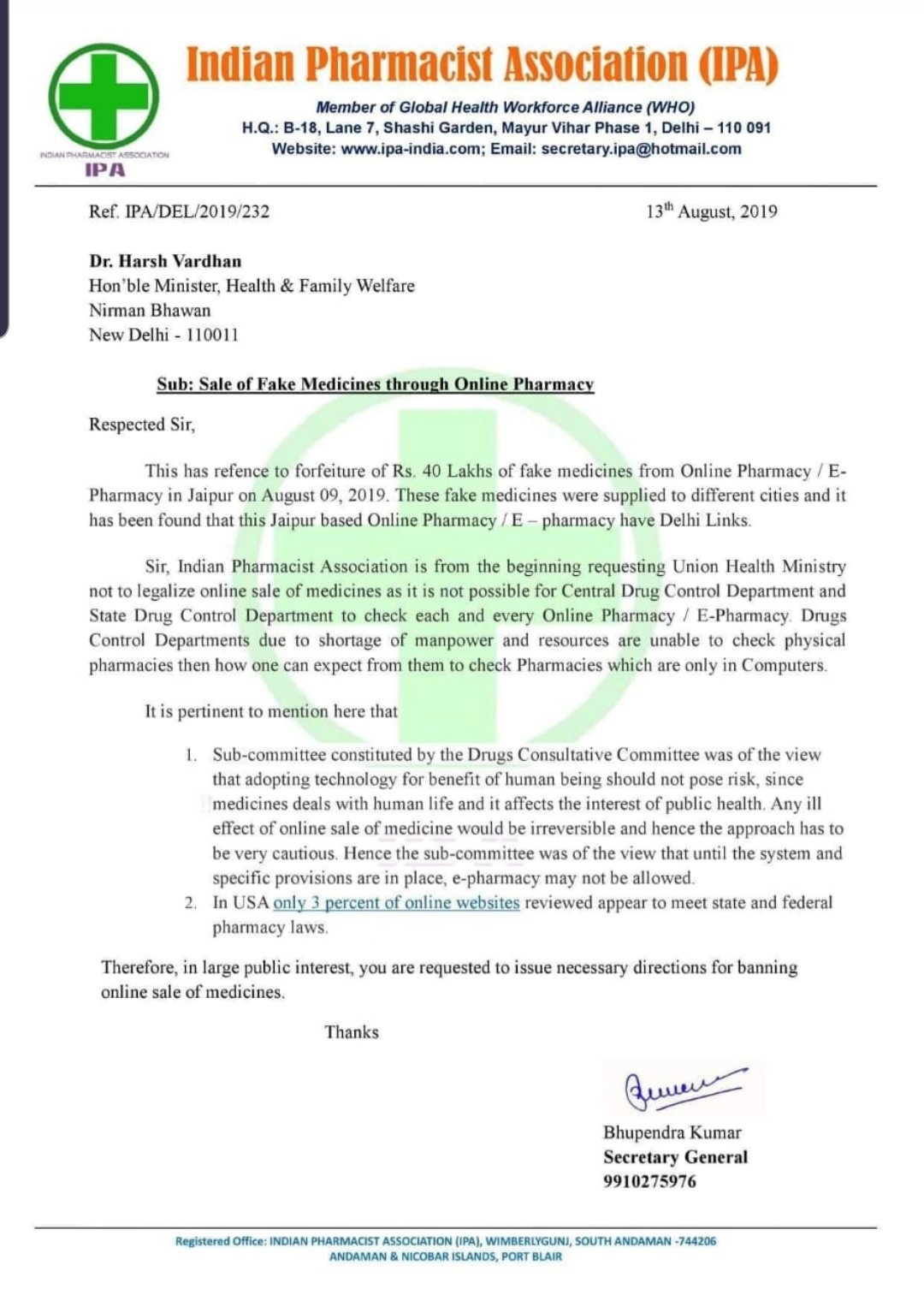 On August 9, 2019, 40 lakh worth of fake medicine has been sold in Jaipur, and distributed to different cities. In wake of this incident, IPA urges the ministry to shut down these online pharmacies. The Secretary General states that Central Drug Control Department and State Drug Control Department are incapable to man hunt each of the illegal pharmacies that exist online.

We reached out to Manan Sharma who is COO at Manas Hospital, Noida regarding a comment on this

He said ” Although the intention of ministry appears to be good,  any new step which involves lives of crores of citizens, and taxpayers money should be strictly monitored,  tested and only then implemented after taking due inputs from all the stakeholders so that a holistic system can be created. “

Thus for the sake of human health, and to prevent sale of fake medicines, the council has requested the minister to immediately shut down all such online pharmacies.

Continue Reading
You may also like...
Related Topics:Health, Medicine